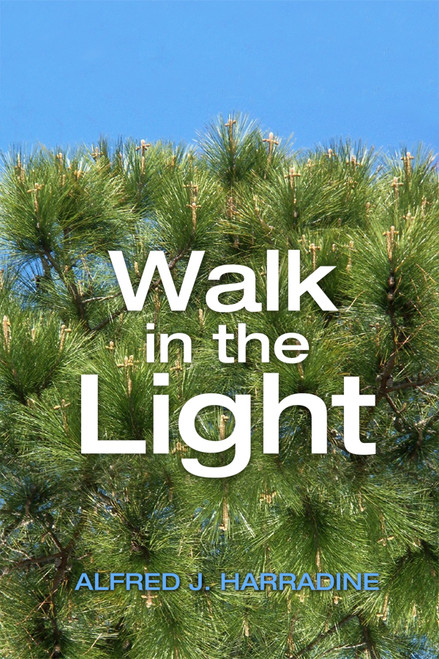 You will read about how living a Life in the Spirit and how the author’s personal relationship with Jesus continued to form and guide his wife, Nancy, of 55 years, and him in this life as healing warriors. The Lord has put Bishops and gangsters in Harradine’s path. You will read about the many unbelievable but ever so true miracles.

You will laugh when you read the true stories about their dog “Fluffy,” the “gingerbread house,” how they sold their “lake house,” and their “puppies.”

You will read about college life and how Harradine’s chemistry, math, and zoology teachers wore black arm bands when they heard Nancy and he had gotten engaged. Their professors knew each student, and personally took interest in Harradine’s career, friendships, and future.

You will read how falling in love with life allowed him to be open to what the Lord had in store for him so he could dream beyond his own limitations and safety to venture into the unknown, knowing He would be there to guide and direct him as He always has in his life.

Alfred J. Harradine and his twin brother, Daniel, were born in 1940 in a river town in upstate New York to parents more than forty years old with WWII on the horizon. Harradine’s dad understood war, so he lied so he could join a Canadian Black Watch regiment at age fifteen to join his father, fighting in World War I France, wearing kilts into battle. As a Gold Star parent, Harradine understands his father and grandfather’s patriotism.

Harradine’s family was considered poor, but what his parents gave him was priceless. The Lord continues to bless him unbelievably in his life. His twin brother cried when he read his story, his 20-year-old biracial granddaughter laughed and told him, “Grandpa, I love your story.” His daughter edited and made his story interesting and funny, and so inspired her to start writing her own story. She has finished three chapters.

Harradine’s children told him that they never fully understood what a remarkable life the good Lord had given him, and how He kept him safe as a volunteer fireman, flying airplanes, driving a race car at Charlotte raceway, scuba diving off of Barbados, and many other situations in his story.

Walk in the Light - eBook