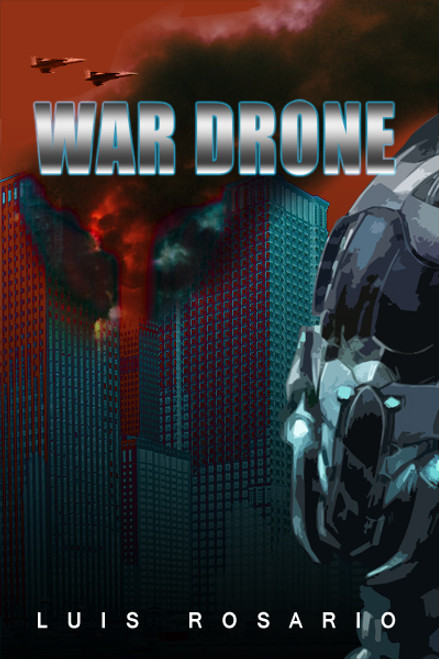 Bens life was normal one day and not the next.

Hiding in a basement with his young sister, they lived in constant fear of the fierce battle machines just outside their door. War-Dronesarmies of innumerable androids and great walking tank-like battle machines, all set to kill any human that breathed. No place was truly safe anymore, and Ben knew it. When they suddenly find hope in a highly defended city, Ben took the chance to reach for it as a place of refuge. In spite of the flash of hope, he is reminded that his life is on a thread, and one wrong move could mean death.

Luis Rosario is a Christian teenage author with an avid enjoyment of medieval fantasy and science fiction, constantly drawing or writing of the like. He began to work on his first book, Manders Dragons, at age eleven and has continued to write his ideas since. Much of his inspiration for War Drone came from biking in warm mornings or acting out a scene from his books in his basement, and often he will draw out his characters before writing the story.

Rosario was born in the Dominican Republic in 2002, but moved to Wisconsin with his family in 2008 due to his fathers work. Apart from biking, Luis also loves to watch adventure films along with sci-fi survival. He has been noted for having the incredible ability to both enjoy video games and read books.

Walking Down the Sidewalk Path