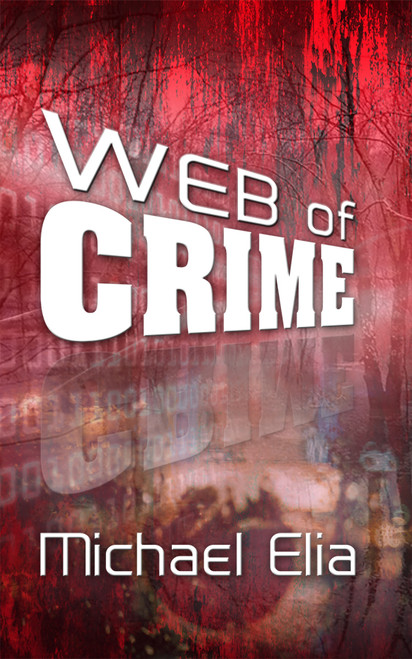 Web of Crime
by Michael Elia

The cops in Timlook Police Department face new problems as they battle against criminal developers, drug lords, corrupt cops, American Nazis, and vigilantes. And again, Detectives Dave Bradley, James Mitchell and Nicole Lamenski fight for justice from the rough neighborhood of Timlook to the rural farmlands of Pennsylvania State and then to the swampy Everglades of Florida. Dave and Jim have to protect Daves Quaker family from ruthless developer Jake Knox, and later assist Nicole in her vendetta against Nazi leader Martin Kolchak after she witnesses two brutal murders. John Reynolds experiences a tortured conscience after accidentally shooting a young boy, and Melissa Morgan searches for ex-boyfriend Dale Manuchi before both cops are on the run from corrupt police. Dave again faces his own conflict between his Quaker pacifism and his reluctant need to fight fire with fire, and the action reaches a climax in Floridas Everglades as cops, drug dealers and vigilantes fight a ruthless war of attrition.

Michael Elia has Tourette's Syndrome and Aspergers Syndrome or mild autism. Web of Crime is a sequel to A Trio of Cartels, and Michael creates dramatic plots with original, down-to-earth, and sensitive characters. It contains six sensitive and moving stories in seven chapters and involves situations where the detectives combat all types of organised crime up to police corruption.

Michael lives in accumodation for people with autuism in Berkshire in south-east England. He was educated at Eynshams Bartholomew School outside of Oxford, and then at Oxpens College, and has lived at his current home since 1997. He has written eight novels including five Dave Bradley novels.

Welcome to Florida, Now Watch Where You Step