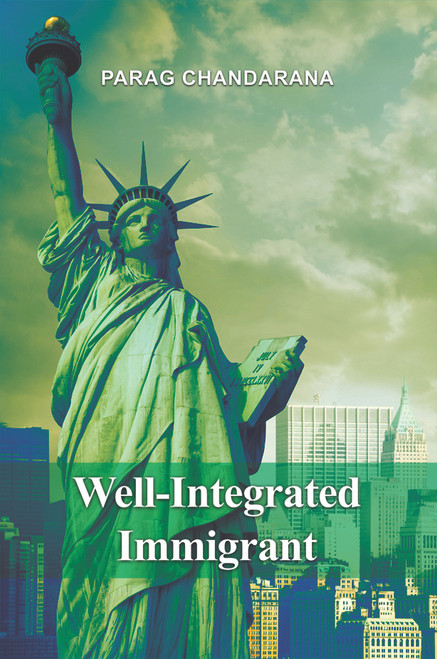 Parag Chandarana arrived in the United States at the age of 27 as a qualified physician with specialization in OB/GYN. Her husband-to-be was in Chicago. They were married within a week and she had a hospital internship within a month. Later, they raised a son and a daughter.

Chandarana had no difficulty adjusting to new medical requirements and procedures needed in the States. She attended many seminars and advanced her own education and learned more about other relevant branches of medicine. She also spent time learning various languages and accepting diverse cultural differences from other immigrants who arrived from other countries as well as legal local Americans. Chandarana’s attitude and behavior shows a lot of flexibility as she got along and enjoys being with every person around her with open arms.

“With a smile on her face, good attitude, behavior and coping skills, she became an ideal citizen of the USA. Her 50 years of experience, observations and participating as an immigrant has been described in this book. She is well adjusted and helping others also, to adopt their lives.”

“Though she is of Indian origin, grandparents, parents, uncle and aunts, used to live and do business in various other countries like Belgium, England, France and Japan. She herself married her husband born in Nairobi, Kenya. She had no objection. She had no objection towards her own son and daughter marrying Irish, German Jew or Polish origin spouses. Even when some of the grandchildren got baptized Catholic, she participated in all church activities with enthusiasm. She never forgot her inheritance of cultural activities also and took the children to the Temple. While treating her patients of all origin, dealing with in-laws of her children of different background different countries or ethnic backgrounds, she felt comfortable. The grandchildren also visited India and accepted her points of views according to her upbringing. Her son is very proud of being American and the daughter studied in Spain, is a teacher for all foreign students and even teaches them English from non-English speaking countries. She eats, drinks and attends all different ethnic groups of people’s activities.”