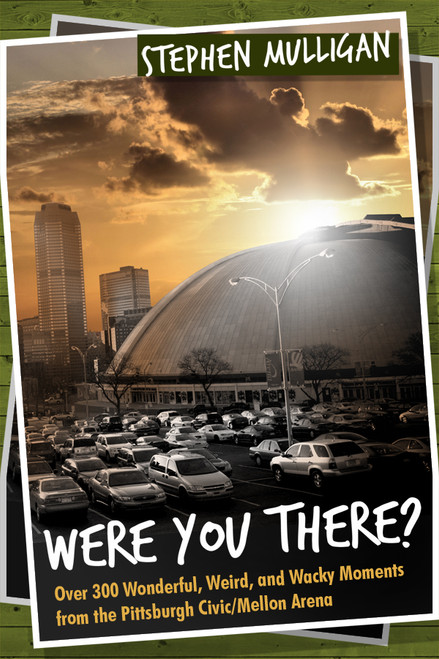 Were You There?: Over 300 Wonderful, Weird, and Wacky Moments from the Pittsburgh Civic/Mellon Arena
by Stephen Mulligan

Author Stephen Mulligan takes you on a memorable journey of special events from the Civic/Mellon Arena. From its opening day ceremonies on September 17, 1961, to the final show on June 26, 2010, the author details the greatest hits that highlights this once architectural wonder. Everyone who has ever attended an event at the Igloo knows this was a special place for both home own folks and visitors alike. Some of the greatest athletes and entertainers of our generation have performed there. They include: Mario Lemieux, Sidney Crosby, Wayne Gretzky, Gordie Howe, Julius Dr J Erving, Wilt the Stilt Chamberlain, Mohammed Ali, The Beatles, Elvis, Judy Garland, Madonna, Michael Jackson, and The Rolling Stones. All of these talented individuals/groups have a moment in this book. Were you there?

This is a must-have read for those wanting a big slice of Pittsburgh sporting and cultural history.

First-time author Stephen Mulligan was born in Ottawa, Canada, and raised in Aylmer, Quebeca small town on the border of Ontario. Like most Canadian kids, he started playing hockey at a young age. He recalls many bitterly cold weekends skating on outdoor rinks while freezing fingers and toes.

After his house league playing days were over, Stephen focused his energies on academics. Since the early 1980s he received a bachelor of arts honors degree in psychology from the University of Ottawa and four associate degrees from various other post-secondary institutes in Canada. Stephen has been working in the social service field for the last twenty-five years.

In 2004 Stephen and his wife moved to the United States, and they presently live in Washington, Pennsylvania. Stephen enjoys writing, traveling, exercising, and attending sporting and music events.