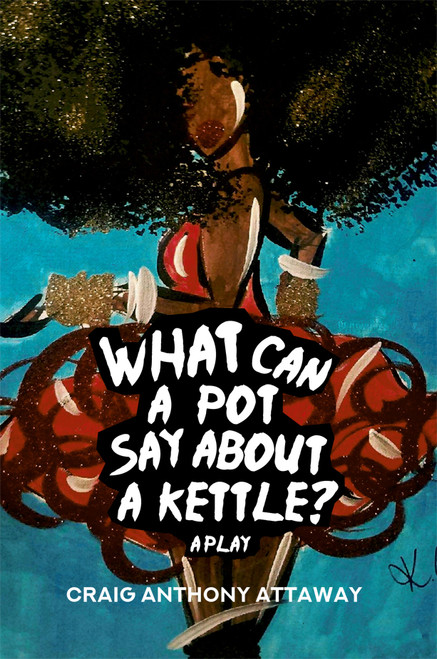 Anthony Attaway is the story of a heavy-handed single mother of three young men. Her name is Ms. LuPearl. Not only does LuPearl have the weight of the world on her shoulders, the burden that all mothers bear, she’s also hampered by maternal instinct to navigate her three now adult sons through the many pitfalls of life. This navigation is less solicited than unsolicited. LuPearl’s eldest, Donovan (twenty-eight) is away in the military and owes $10,000 in child-support. Her middle son, Franklin, (twenty-three) is an over-achieving college R.O.T.C. cadet who only returns home for funerals. Then her youngest, Zharquaviyont, (seventeen) struggles with sexual identity issues. He has no future plans whatsoever. LuPearl’s ex-husband, whom she divorced many years ago, has passed away and designated her the executor of his will and funeral arrangements… much to the displeasure of her four former sisters-in-law. However, fret not for Ms. LuPearl. For she is a worshiper.

Author Craig Anthony Attaway was born and raised in Jacksonville, Texas, to the parentage of Mr. Billy Ray Attaway and Mrs. Joyce Ann Spencer Attaway on January 28, 1968. Pursuit of genealogy and the study of African-American history are his particular interests. During Attaway’s childhood, he witnessed the struggles endured by numerous single mothers within his family and throughout his community. Approximately two out of every ten were actually able to raise their sons into successful manhood. The younger they were when their sons were born, the fewer their chances were of success.

What Can a Pot Say About a Kettle? A Play - eBook