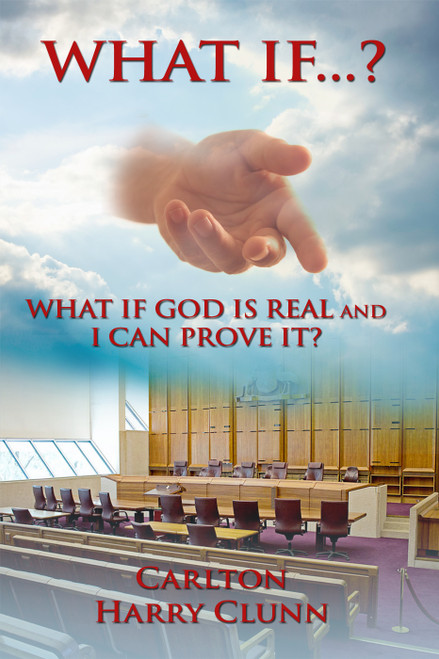 WHAT IF?: WHAT IF GOD IS REAL AND I CAN PROVE IT?

What if Carlton Harry Clunn said he KNOWS God is real, not he believes God is real? Many of you might be inclined to say "Prove it." That is precisely the purpose of this book. Clunn intends to submit enough evidence that you will not be able to equivocate or deny that God exists.

It will seem, at times, that what has happened in Clunn's life is not of this world. The fact is many of the things you will read are not. However, they are true nonetheless.

In an attempt to show that he is no one special, Clunn has also related some of his other life experiences. Some of them are good, some humorous, and some downright bad; all, hopefully, entertaining or informative.

Miracles are only done in order to reveal God and His character to us. They don't happen to everyone, but sometimes what happens in one person's life touches those around them. May that be the case with you.

This book is not about religion. It is about encounters with God and the adventures that come with having a real relationship with Him.

What Are the Odds - eBook

A Lifetime of Miracles: Yes, I Know. God Is Real

What Does It Mean? - eBook

The Day I Found Mittens - eBook

Champy's Collection of Poems, Songs, and Theories: Part I - eBook