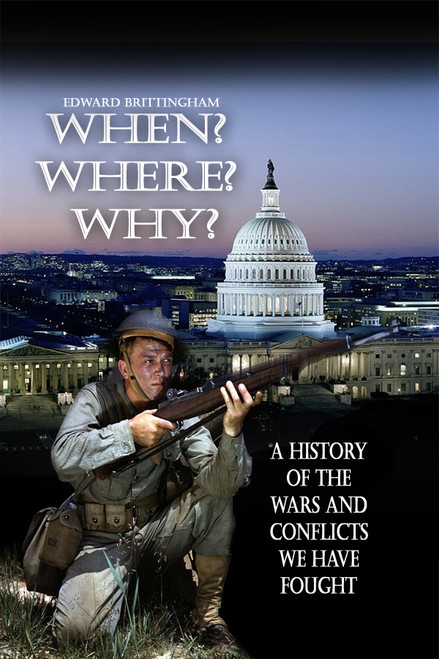 When? Where? Why? is a reminder of how the centuries of war and conflicts have changed our country. Terrorism, such as ISIS, creates a strategy to end this volatile enemy. Benghazi, still blazing, will go on forever. The subject of emails and associated matters gives a new enlightened view of things to come. The presidential election, the Obama connection, and the initial moves of the presidential elect, close out this chapter. After eight years of disguising the United States of America, the summation of facts makes him a disgrace to this most high office.

Edward Brittingham addresses all of these issues in his latest book. This is a must read!

Edward Brittingham served in the Navy as a Naval Flight Officer, a Tactical Coordinator who detected Soviet subs during the Cold War, and advanced to Commanding Officer of VP-11. Upon orders to the Pentagon, he excelled in promoting Surveillance Towed Array Sensor (SURTASS) and briefed 32 Admirals on ASW techniques. In 1985, he suffered a stroke which ended his career.

In 1995 Brittingham wrote his first book. Since then he has written six books with a thrill-a-minute mix of submarine warfare, imminent danger, terrorism, bravery,

technological wonder, and an intriguing bit of fiction!

Brittingham is a member of ROMEO in Richmond, Virginia, Military Officer of America, Disable America Veterans, America Legion, and The Lions Club. He is a dedicated member of Lake Gaston Baptist Church.

Bible Wives and Women: Who Where They? - eBook

When There Were Gods

When Love Was Young

When the Heart Sings

Where Do I Stand with God, with Man?