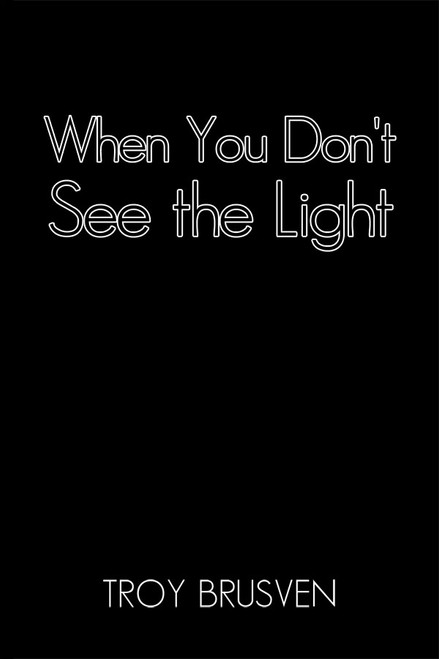 When You Don't See The Light

Troy Brusven began writing poetry in second grade. Words on paper made no sense to him, but words within the words went together as poetry.

Troy started small. As he progressed in school, he started writing essays in poetry. He would receive extra credit for them.

At nineteen, Troy had his first poems published after quitting drinking for a while. The book was sold for the poor and needy.

Troy's best writing came from his heart after his mother died. He was not going to write again after the poem he wrote for her funeral. Five years later he began again on July 27, 2012. This was one day after the anniversary of his mother's death. He picked up the plaque with her mother's poem on it, read it, and tried to donate it to the funeral home in his hometown. They said that poems are a family thing. Troy wanted his moms poem seen and attributed to her. Maybe it could relate to someone else with loss.

This book is a tribute to Troy's mom.

Inspirations to See You Through - eBook

Inspirations to See You Through

When the Heart Sings