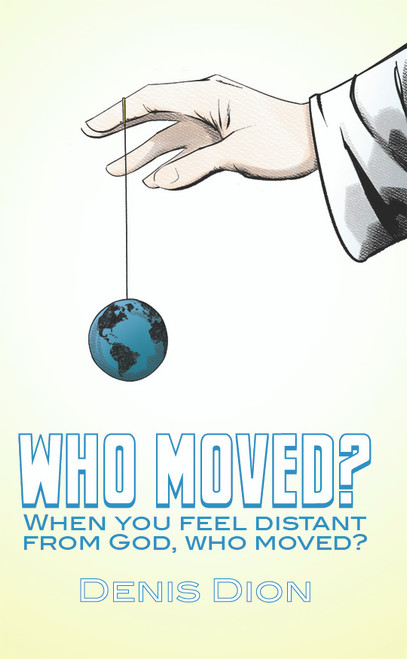 When a person drops out of the protective hands of God and begins to feel distant from Him, that person might ask, “Who moved?” It certainly isn’t God.

One night, as the author thought about that, he was kept awake as the Holy Spirit kept showing him one scripture passage after another about individuals, even entire generations, who fell out of God’s grace, repented, and eventually returned to His loving embrace. The author shares his own personal experience with the intent of inspiring others to depend on and trust in God’s grace as this process repeats itself throughout a lifetime.

Dion hopes this little book will fill you with hope and trust in the Lord’s abundant grace. Even when deep in despair, he believes we can always turn to God, for He never moves away and never abandons us!

Denis Dion was born in 1939 and as a young man, attended parochial schools including four years in a high school-level seminary under the auspices of the missionaries of Our Lady of La Salette. In 1959, he began a forty-seven-year career as a radio and television broadcaster, retiring in 2004. He was married in 1960; he and his wife have five children, ten grandchildren, and nine great-grandchildren.

Throughout his life, Dion has been involved in parish ministry as a certified minister of the Eucharist, lector, and CCD teacher. In addition to Who Moved?, he has penned thousands of unpublished reflections on Holy Scripture under the penname “Reef-lections,” which are shared daily with a private “God-Morning” email group. Another work in progress is the biography of his special needs daughter, a compelling story of spirituality, faith, family, and exceptional medical care.

Bible Wives and Women: Who Were They? - eBook