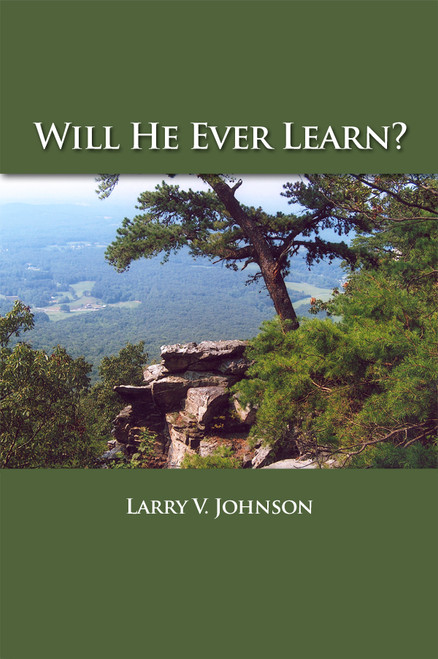 Will He Ever Learn?
by Larry V. Johnson

Mike, the main character in this story, is always in a hurry to want romance from women, rather than letting it come at the right moment. He has a controlling personality, wants things his way all the time, is selfish, and much much more. It appears that Mike is not aware of what he is doing to alienate others who could really enjoy being with him and women who could give him the affection that he wants and needs. He could enjoy the company of the women who come into his life much more if he could only recognize how he needs to change how he thinks about relationships with othersespecially women.

In 1965, even though Larry did not have an engineering degree, he was awarded the title Engineering Specialist while working as a design draftsman with electrical engineers on one of the first Saturn V projects in Huntsville, Alabama. Also, he has been awarded the title of Mental Health Professional while working with mental health consumes with groups and individuals in Milledgeville, Georgia.

Windows of Life and Death

Where the Balloons Go