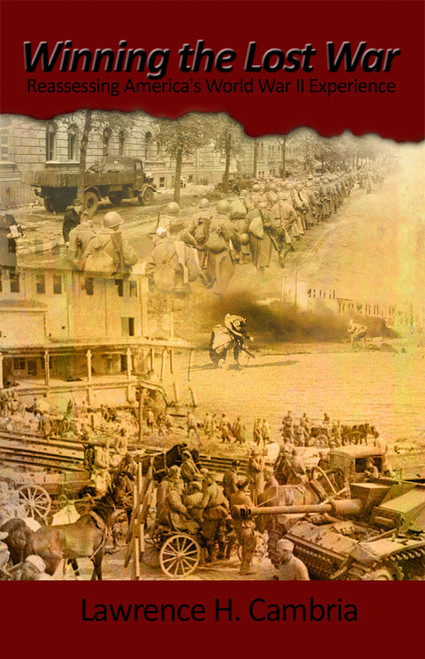 Perhaps the most long overdue and explosive work ever written on Americas role during World War II. Bold, fresh, unique, brutally honest, and sometimes harsh, in Winning The Lost War, author Lawrence Cambria stomps heavily on sacred ground and shakes the very pillars of the popular American perception of the war. Using numerous charts, mountains of evidence and scholarly support, the direct examination of numerous other important factors, and his own sometimes startling insights and analytical skills, Lawrence Cambria dares to do what few historians have had the courage or audacity to do. He tells the awful truth. In Winning The Lost War, Lawrence Cambria demonstrates that Americas wartime exploits and accomplishments have been greatly exaggerated. Learn the unvarnished truth about a war which you thought you already knew. Read Winning The Lost War. But be warned---its not the war your teachers told you about!

Lawrence H. Cambria graduated Magna Cum Laude from the University of Rhode Island in 2005 with a B.A. in History. He has also taken courses at the University of Georgia, Louisiana State, Oklahoma State, the University of Illinois, and Ohio University. His major area of study is military history and in particular, World War II. A self-described guerilla historian, his work, like his style, is often brusque, in your face, and brutally honest. Aggressive and cocky by nature, as a student in college, the author loved to debate with his professors, and occasionally had to be reminded who was actually running the class. However, his work was recognized as exceptional by most of his professors, including his former World War II instructor, Professor Stanley Hilton of Louisiana State, who stated that the author had been one of the top two or three people ever to take the course.

Along with a lifelong love of history, Mr. Cambria has spent much of his life practicing martial arts and playing chess, both of which, like war, involve strategy and the application of force. In his life thus far, he has been a soldier, amateur fighter, volunteer fireman, bouncer, disc jockey, substitute teacher, and construction worker. At the present time Mr. Cambria is a licensed history teacher in the state of Massachusetts and is currently working on his next book, The Democrats and Republicans: A Historical Comparison. He currently resides in Seekonk Ma.