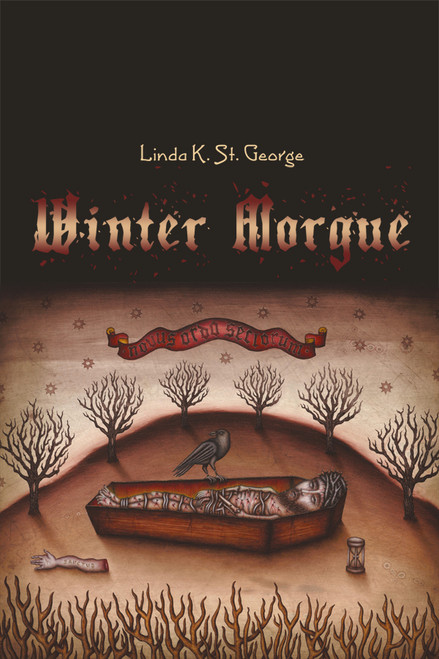 In the cold, dark winters of Salem, Massachusetts, in the late eighteenth century, the ground was hard and frozen. Undertakers were forced to store the bodies of the deceased in cold winter morgues until the spring thaw. This is the story of one such morgue. The owners are a mysterious woman, who is rumored to be a witch, and her odd consumptive brother, who has unusual proclivities. As the corpses arrive, one by one, the reader meets the people who work there, friends of the owners, and those who end up there as corpses. As their stories intertwine, the reader finds an intriguing mix of unusual personalities and disturbingly frightening supernatural activity.

Linda K. St. George is an avid reader and editor who has studied paranormal activity and the interaction between this world and the "other side" since she was a child. As a person who loves learning above all else, she has an M.A. in applied linguistics and a B.A. in Near Eastern studies from Indiana University, and has studied six foreign languages. She has worked as a fiction editor for a small press located at a university for more than twenty years. Her other interests include meditation, past-life regression, parapsychology, Egyptology, art, yoga, and ballet. She lives in Tempe, Arizona, with her husband and three cats.

The Winter Adventure of Stanley the Cat

(With My Own Eyes) Private Thoughts in "Poetry"