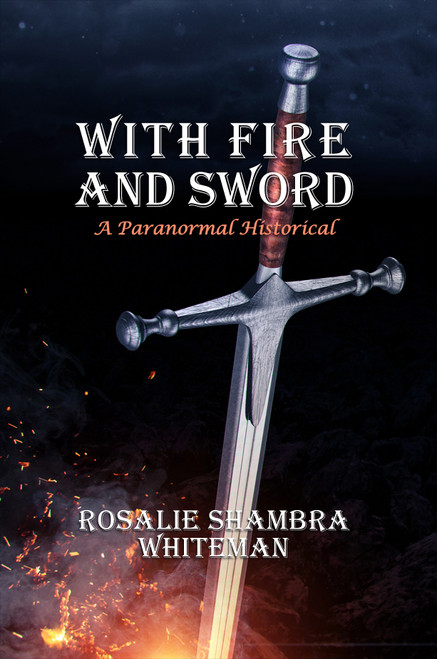 The story begins with a young girl, Galien, hiding in the murky forest while her father, preparing for battle, uses his son as a shield. As the band approaches, the battle begins and the only one left alive is Galien, who witnesses the death of both her brother and father.

As the story unfolds, Galien, now a young lady, is taken to the Barose’s stronghold, Cadwallad, where her healing powers are used to heal the wounds of The Barose. Eventually The Barose and Galien fall into a deep and passionate relationship.

Written in medieval times, where battles and witchery are the norm, and fights between families are typical. Knights in armor are prevalent and feelings of revenge, wickedness, and hatred make you want to know more of the lives of long ago. You will not be expecting the end of this novel.

Rosalie Shambra Whiteman was born in New Orleans, Louisiana, on February 14, 1938. She attended both elementary school and high school in New Orleans. After graduating, she attended University of Southern Louisiana (USL) and graduated with a bachelor’s degree in fine arts. It was there that she met Ed Whiteman, an artist (painter), in her senior year at USL, and they were married in Lafayette, Louisiana.

Due to the influence of a professor at USL, who became a close mutual friend, Ed and Rosalie boarded a ship out of Corpus Christi, Texas, en route to England. They took up residency in a small fishing village within Cornwall along the southwestern rocky coast of England.

Rosalie was, by nature, an avid reader of history. The visitation of Stonehenge and other historic sites made such an impression on Rosalie that she began reading exclusively about the Middle Ages.

Some years later, Rosalie and Edward returned to the United States to live in New York City, where Rosalie then had access to the Metropolitan Museum of Art with its comprehensive collection of medieval artifacts (weapons, knights’ armor, etc.). During that period she did no actual writing, but built an extensive library of information that would later become the source of inspiration for her first novel.

When living in New York City became too expensive, Ed and Rosalie moved back to Rosalie’s home town of New Orleans, Louisiana. She taught reading in the public school system. As a teacher, the job gave her three months of vacation each year in which to focus on her book With Fire and Sword. It took her approximately twelve years to complete the novel.

Rosalie died of cancer at sixty-four years of age, and though she passed away after writing this book, she did write an award-winning short story called “Eddie’s Plate” which received a non-fiction award and is also being considered for publication in the near future.