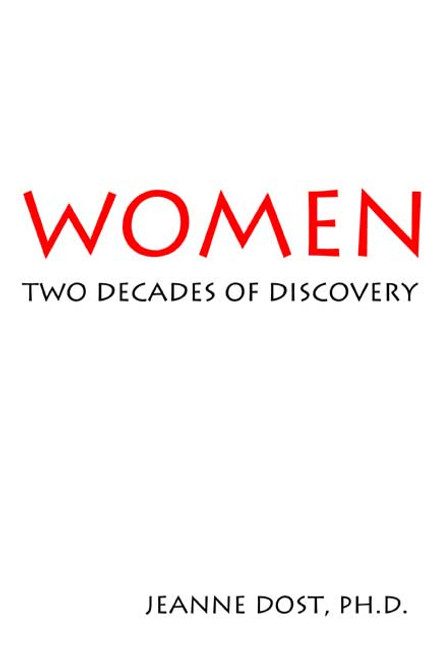 by Jeanne Dost, Ph.D. Writing this book took over ten years, so why did I do it? Like most idealists, I long ago thought with so many courses on feminism, society would come to recognize and seek to benefit from the strengths and abilities of women rather than pushing them aside. The objectives of feminism, however, extend beyond women. Women just happen to be the largest part of the worlds population who have yet to achieve equality. After teaching about women for twenty years and taking a hard look at the real world, I realized how far we are from utilizing the contributions of the majority of the worlds population. Unless the goals of feminism are understood and achieved, we will continue to cripple along, failing to maximize the contribution of more than half the worlds population. Hence, I present this book to you. ABOUT THE AUTHOR Jeanne Dost, Ph.D., served as Director of Womens Studies at Oregon State University from 1971 to 1991, when she retired. In 1991, she was awarded the rank of Professor Emeritus and Director Emeritus of Womens Studies. She was also cofounder and first president of the Oregon Womens Political Caucus and named the first Oregon State University Woman of the Year. Dr. Dost was on the Agricultural Economics Faculty at Kansas State University and on the Economics Faculty at Washington State University and between 1966 and 1970, she was on the Economics Faculty at Oregon State University. She earned her doctorate in economics from Harvard in 1959 and has been married for fifty-five years and has two children, a daughter and a son. She and her family now live on Whidbey Island in Washington State. Dr. Dost feels extremely fortunate to have spent the bulk of her career researching and teaching about women and gender roles. Her passion for the topic is best described when she says, What a dull academic existence I would have had otherwise. (2006, paperback, 484 pages) Availability: Usually ships in 2-3 business days.
×