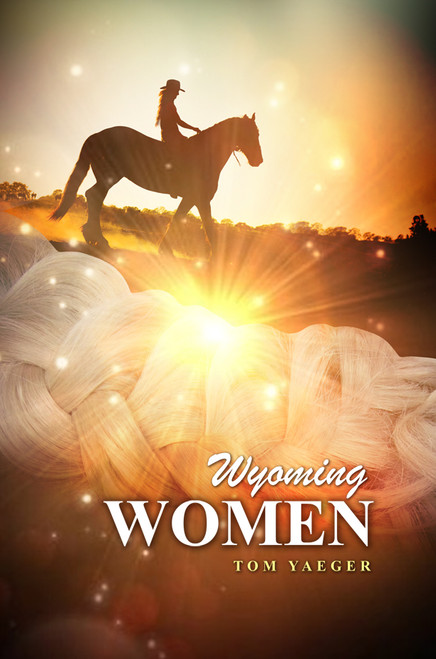 She was an ash-blonde goddess, this Alexis Huggens, tall, slender, a long single braid, and buckskin breeches. Nineteen and schooled in the arts of judo, jui jitsu, and karate, with a nickel plated short-barreled colt army reversed on her left hip and a nickel plated .32 caliber Derringer hidden between her cups, she buys a leggy chestnut mare she renames Dancer. With a custom cut-down Henry jammed into her scabbard, she kisses her folks goodbye and rides west from Douglas, seeking adventure before marriage. Alex will find it, meeting and riding with Jay Bridger and, later, Marshall Austin Pardee. She captures the young man who robbed her and, later, with Pardee, the other two that the thief rode with! Then almost dying only months later; kidnapped, beaten, starved, and savagely raped by a relative of the men, shed put away. She becomes an honest-to-God hell-woman-on-horseback!

Hannah Perkins, a pretty, hormone ravaged eighteen-year-old from Dixon, who has a habit of undressing herself in her sleep, rides a young stallion who can scent forty-eight hours before its her time-of-the-month! She rides out of Dixon, all the way into southeast Montana on a bitter mission to get the man who took her by force, and took her mother and step-father by gun! On the way, she meets Alex Huggens and the two join up together, sharing a mutual respect, an alliance, and bed partners, namely Jay Bridger, an Arapaho boy called Tag, and, ah, lets say, their go-betweens!

As the second book in Yaegers Cole Bridger trilogy, the author spins the stories of two beautiful young women, the kidnapping and abuse of one, the determination for justice of the other, andhormones be damned!

All Women Are Not the Same

Women in the Mirror

You Are a Gift