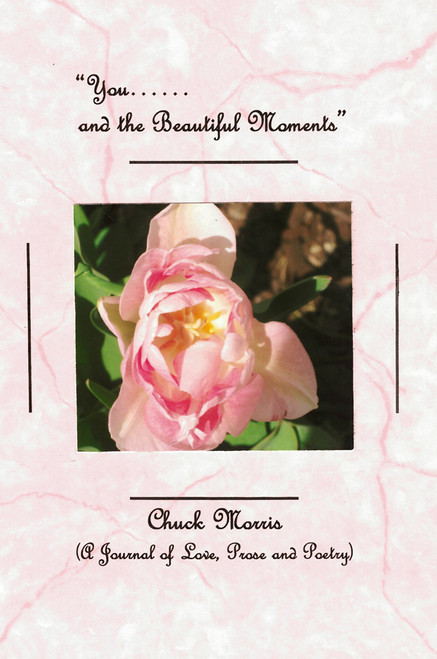 You… and the Beautiful Moments (A Journal of Love, Prose and Poetry)

Beginning in the 1960s the author, although quite successful in his profession as freelance artist and an amateur thespian, found himself experiencing deep emotional stress and bouts of anxiety resulting in a loneliness and a deep desire to further express his feelings.

What better way to fill the void than with the words of a poem? Each poem in this book relates to a specific time, season of the year, place or romantic interlude. The poetry was written in chronological order, dated and recorded in a private diary as it happened and was experienced by the author and kept hidden since 1986. He now feels it is time to share his feelings with others who may be moved and comforted by his words. The mind and body have grown old, but the heart still beats. They are simple poems about simple things: flowers, birds, butterflies and fireflies, things that bloom, fly, flutter and jump, crawl, buzz and bite.

But even though Morris found solace in poetry, love had ceased to exist. It took years to understand why it had ceased… maybe because it never existed at all… just used as a means to an end. No matter how much love, attention and affection he had offered her for a score of years, it was of no concern to her. Pieces of love and tenderness laid scattered in the garden hoping to be restored to life someday, somehow, by someone.

And they were, twenty years later, by a beautiful lady—you—who shared “the Beautiful Moments” and convinced the author that life really is worth living…

And the Creator saw fit that they should now live happily ever after.

Chuck Morris was born in 1938 and raised in Bradford, Pennsylvania. After graduation and military service, he relocated to New Orleans, Louisiana, where he resided for thirty-six years and worked as a professional artist in the French Quarter. Later, he was employed for fifteen years in civil service. After retiring in 1995, he and his wife, Sue, moved to Nevada. Morris has four sons and eleven grandchildren.

You Are Both Wrong! - eBook

Your First 30 Minutes - The ABC's of Successful Classroom Management - eBook