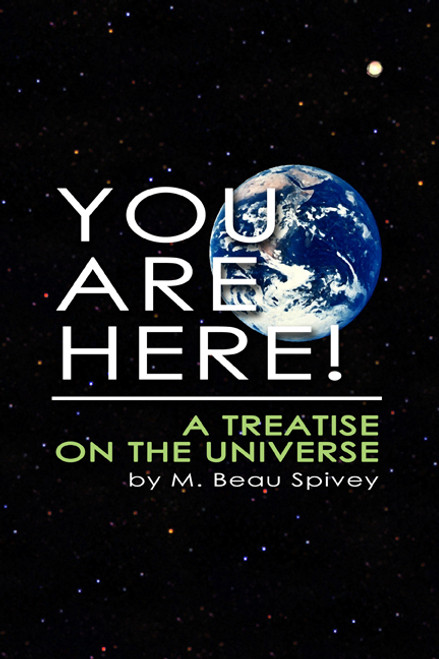 by M. Beau Spivey You Are Here! A Treatise on the Universe is an intensely guided journey through the whole of existence, irresistibly stressing the inextricable union between man and universe while simultaneously relating, both scientifically and spiritually, just who, what, and where we truly are. Through the scope of its course, You Are Here! reveals compelling insights as to meaning, purpose, and responsibilities incumbent of us all as active participants within the ever-burgeoning, astounding cosmos. It is a tour de force inspirationally delivered in such exacting presentation as to logically defy refutation. ABOUT THE AUTHOR Born and bred in an Eastside community of Buffalo, New York, M. Beau Spivey wed his childhood sweetheart in 1958, rearing from that union four sons. He obtained a bachelor of science degree in criminal justice (BFLO. St. College, Class of 75). His varied career led through several years as a corrections officer at the infamous Attica State Prison prior to retirement from the Erie County Sheriffs Department as deputy in 1994, culminating twenty-three years of inclusive service. Following retirement and relocation to Nevada, Spivey became recognized in 1996 as, historically, the oldest graduating cadet (age sixty-one) from the Nevada State Police Academy (as parole/probation officer). Completely retired now, M. Beau Spivey presently resides in Rio Rancho, New Mexico. (2008, paperback, 124 pages) Availability: Usually ships in 2-3 business days.
×

Ready or Not, Here It Comes! (Preparing You and You Companion Animals for Possible Disasters)

You Are a Gift

Your First 30 Minutes - The ABC's of Successful Classroom Management