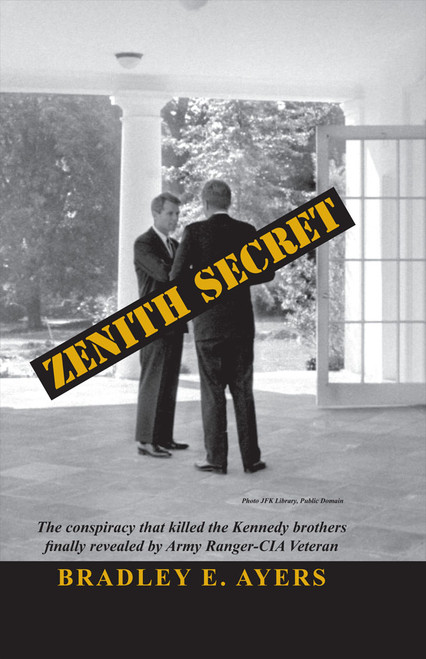 At the age of eighteen, Bradley enlisted in the U.S. Army paratroopers. This began a twelve-year period of active duty military service during which he was promoted through infantry ranks from private to caption. He served in command and staff assignments, from rifle company to Department of Defense level, at various stations in the United States and overseas. His military specialties were: unconventional and paramilitary warfare, ranger-commando, anti-terrorist, and cover operations. Bradley is qualified as a master parachutist, underwater demolitions swimmer, mountaineer, aircraft pilot, and flight instruct. He received various awards and decorations for his military exploits.

In early 1963, Bradley was selected by the Department of Defense for a sensitive undercover assignment with the U.S. Central Intelligence Agency. Upon completion of this top-secret mission he resigned his Regular Army commission. He was one of the first career officers to voice opposition to the Vietnam War and to speak out publicly against the influence of private and special interests in American foreign and domestic policy. Bradley was honorably discharged from active duty in 1965. He remained active in the U.S. Army Reserve until early 1981. Since then, he has served on special assignments with the U.S. Justice and Treasury departments.

Bradley has lectured widely and received national media exposure in connection with his various writing, research, and investigative activities. His commentaries on a variety of contemporary issues are regularly published in regional newspapers. His political view is one of pragmatic social liberalism and reality democracy reflecting an independent and free-spirited personal philosophy he characterizes as cynical idealism.

Your First 30 Minutes - The ABC's of Successful Classroom Management

You're Never Going to Believe This One