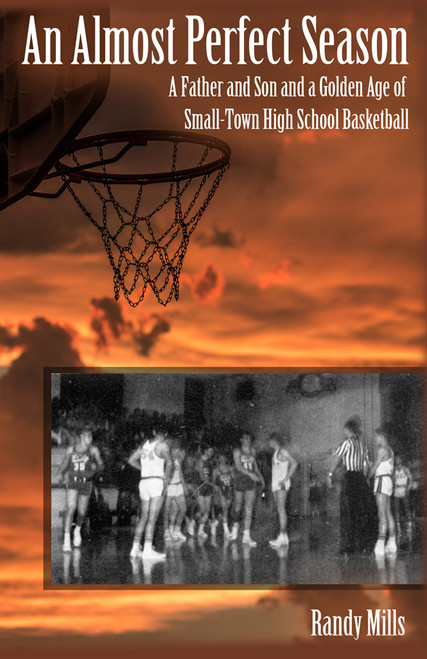 During the 1966-1967 Illinois high school basketball season, tiny Bluford High School, having just over a hundred students, reached the lowest ebb of its basketball playing history, winning only a single game. Two years later, in the 1968-1969 season, Bluford reeled off an unbelievable winning streak of twenty-five games, the second longest in a state where over seven hundred schools competed in sports.

An Almost Perfect Season: A Father and Son and a Golden Age of Small-Town High School Basketball chronicles this fascinating story of unexpected success, telling it through the eyes of one of the starting players, Randy Mills. Embedded in the book is also the deeper story of how Mills’s days of playing basketball for the Bluford team drew his distant father and him closer together for that short but happy time.

Rich in long lost basketball action photos and strong in the invoking of the hot, crowded small-town gymnasiums of the 1960s, An Almost Perfect Season is a deeply moving personal history of an almost-forgotten golden age of high school basketball.

An Indiana and Midwest historian and author, Randy Mills is a professor at Oakland City University in Oakland City, Indiana. He has authored over eighty professional articles and eight books on a number of historical subjects, including military history, labor history, and the Underground Railroad. He is a 2006 recipient of the George C. Roberts Award given by the Indiana Academy of the Social Sciences for excellence in academic scholarship and a 2018 recipient of the Dorothy Riker Hoosier Historian Award given by the Indiana Historical Society. More recently, Mills has begun to explore his own personal journey as a baby boomer.

Mills and his wife, Roxanne, live in Oakland City, Indiana.