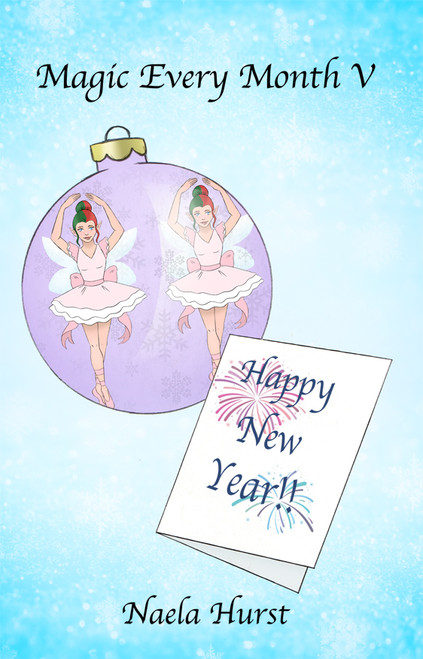 Happy Holidays everyone! Follow the girls as you see how they spend their Christmas Break. From parades, to parties, to cookies, they love this time of year! And discover a little new pixie! Even though they celebrate one holiday, their school teaches them about other holidays and their traditions. Crisp, cool air, and the twinkling of glittery snow will excite you! Colors of silver, gold, red, and green can be seen around the stores and homes. Although three of the girls have hair those colors, they love them all just the same. The snow brings opportunities to have new games that can’t be played during summer. Snowballs, snow angels, igloos, and more! It’ll warm your heart like coming in for hot chocolate and cider.

Float on a marshmallow over into January, as the second half of the break brings in the New Year. New toys of the week are played with, movies watched, and games played. Watch as the sneaky boy fairies and pixies make a comeback for some snowy fun! After the food of mostly appetizers and goodies, noisemakers are used to countdown and everyone hopes for a better, more fulfilling new year. Let’s see if the girls are able to stay up past midnight to bring in new beginnings

Naela Hurst’s books have received lots of good feedback from friends. Many say it would make a good animated series and others say their classroom loved the books. The books can be found in many states of the U.S. as well as other countries, where readers have told her they have seen her books on the shelves of book fairs. Naela had her book series advertised digitally in an online local paper, where it made 8,000 impressions. Some of her books have been promoted on social media, like YouTube, where the children often have fairy gardens, which is right up their alley. Her projects on the books’ Facebook page have mostly been done by herself. The twelve dolls may not be fully accurate, but they represent the characters of the books. They are as diverse as the children picking up the books! Naela sees this “magic” journey going very well, with next year being her first book’s ten year anniversary. She hopes she can plan an event where many fairy and pixie dreams are able to come true!

Sheila Gets a Lesson in Foster Care

Little Michael and Snappy in "The Moving Stone Turtle Mystery"